Illinois 2010 Elections: Julie Hamos is the Candidate to Beat in the IL 10th CD 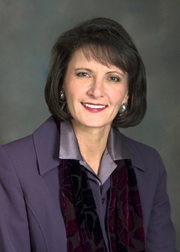 Hamos has racked the more cash and endorsements than any candidate.

She received $209,870 from 504 district residents this period. That’s twice the total amount Seals raised in district, from three times as many donors.

“The strong financial report is testament to Julie Hamos’ skill as a campaigner and her expanding support in the district,” said Julie Sweet, campaign manager.

In addition to dominating the money race, Hamos has also taken the lead in the endorsement race. The Chicago Tribune, Chicago Sun-Times, and Pioneer Press have all endorsed Hamos.

“Our endorsement goes to state Rep. Julie Hamos of Wilmette. She has a fine record on ethics reform, domestic violence laws and early childhood education. She patiently and quite skillfully engineered new law that shored up the finances and instituted critical pension reforms for Chicago-area mass transit.” Chicago Tribune, 1/18/2010.

“This is an easy call for us: We endorse Julie Hamos. Hamos’ qualifications are excellent. [S]he has been an impressively independent and yet effective legislator since arriving in Springfield in 1998. Julie Hamos has more than earned your vote.” Chicago Sun-Times, 1/20/2010.

“Hamos repeatedly demonstrated an ability to be practical and work with others. She demonstrated many times an ability to work both sides of the aisle in getting legislation passed. Her diligence averted a meltdown in the state’s public transportation system.” Pioneer Press, 1/14/2010.

Besides nods from the newspapers, has locked up the support of dozens of local organizations, including the Illinois Sierra Club, Illinois Chapter; Stonewall Democrats of Illinois; UAW-Region 4; Teamsters Joint Council 25; AFSCME Council 31; and Waukegan’s influential Chapala Group, a group of 70 Latino leaders who mobilized their community to bring an upset victory for Mayor Robert Sabonjian Jr.

Hamos has the momentum in the 10th district contest. No doubt.

12 Responses to “Illinois 2010 Elections: Julie Hamos is the Candidate to Beat in the IL 10th CD”