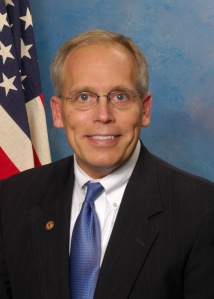 In response to news that the federal government may not extend an additional $750 million to the Illinois Medicaid system, Syverson, a 17-year legislative veteran said:

The problem, however, is that Syverson’s assessment is completely wrong.

Rhode Island has the richest Medicaid system in the country, spending $8,082 per enrollee in 2006, the latest data available, according to the Kaiser Family Foundation. In fact, Illinois ranks near the bottom of Medicaid spending per enrollee at #41. Illinois spends $4,129 per enrollee, while only nine other states spend less.

As the Minority Spokesman of the Senate Human Services Committee, Syverson should have a basic grasp of Illinois Medicaid spending. He is either disingenuous or ignorant on the issue. Either way, Syverson can have no credibility on the Illinois budget debate if he misrepresents such a key financial piece driving the budget.

Syverson’s problem is, however, the Illinois Republican Party’s larger problem—the lack of credibility. Illinois House Republicans and Illinois Senate Republicans continue to offer budget assessments and solutions that are completely out of whack with fiscal reality.

If they actually want to play a substantive role in solving Illinois’ budget problems, they need to start by getting their facts straight.