(Chicago, IL) — November 17, 2009. The Illinois General Assembly reconvenes in January 2010, but its lawmakers are still in motion … a lot of wheel spinning, some productivity.

… House Minority Leader Tom Cross (R-Oswego) came out snarling against Gov. Pat Quinn‘s plan to sell the Thomson Correction Center in northwestern Illinois to the federal government to house inmates currently being held at the U.S. naval base at Guantanamo Bay, Cuba.

And he’s worried about Lincoln’s tomb.

“It would be irresponsible for a governor to move forward on something of this magnitude. without having a debate on it,” Tom Cross said Monday. “What if he says tomorrow that he’s going to sell Lincoln’s Tomb?”

Depends on the price, Rep. Cross. Illinois already has a dollar amount on Old Abe’s head. The Abraham Lincoln Museum charges $10.00 to get in. So how much for the tomb?

In spite of Tom Cross and his loopy Straw Man, the feds like the joint.

“This is a fine, fine facility of a high-security nature,” said Harley Lappin, director of the federal Bureau of Prisons. 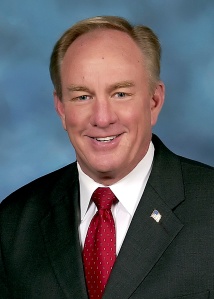 Obviously, Maloney is deeply, seriously committed to education. Why else go to Fargo, North Dakota in November? Brrrrrrrr.

With multiple nursing homes in Steans’ Chicago north side, the first-term lawmaker is aggressively taking the issue and nursing home owners head-on, according to a well-placed source. 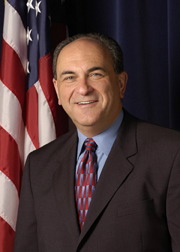 … Deputy House Majority Lou Lang (D-Skokie), a former Chairman of the House Mental Health Reform Committee, on Monday sat on one of the three expert panels in front of 300 people at the Illinois Prevention Symposium, focusing on mental illness prevention in young people, highlighted in a March 2009 report, Preventing Mental, Emotional, and Behavioral Disorders Among Young People by the Institue of Medicine.

… Mental health was also on the agenda of State Rep. Sara Feigenholtz (D-Chicago) yesterday. Feigenholtz, a long-time mental health advocated since she was elected to the legislature in 1994, toured the Grace Avenue Apartments in Chicago’s Roger’s Park neighborhood and met with 20 individuals recovering from drug addiction and mental illness.

The site is operated by the Chicago-based mental health agency Thresholds.

In a message to his deep southern Illinois constituents, Jones recently wrote:

“… [A] deal between Gov. Quinn and the Regional Transit Authority (RTA) was announced, which would allow the RTA to bond approximately $160 million over two years to give to the Chicago Transit Authority (CTA) to help fill an annual $300 million shortfall. … The bail-out could have been avoided if Gov. Quinn would have supported income-based limits on the controversial Seniors Ride Free program, which could save an estimated $37 million.”

Senator Jones would vote you off the bus, granny.

“On … campaign finance reform, … lawmakers passed a measure which, for the first time, will establish campaign contribution limits on individuals, business and labor organizations. However the legislation contained a major loophole exempting legislative leaders and political parties from much of the limits.”

Can you tell which side Luechtefeld supported? Of course not. That’s the idea.